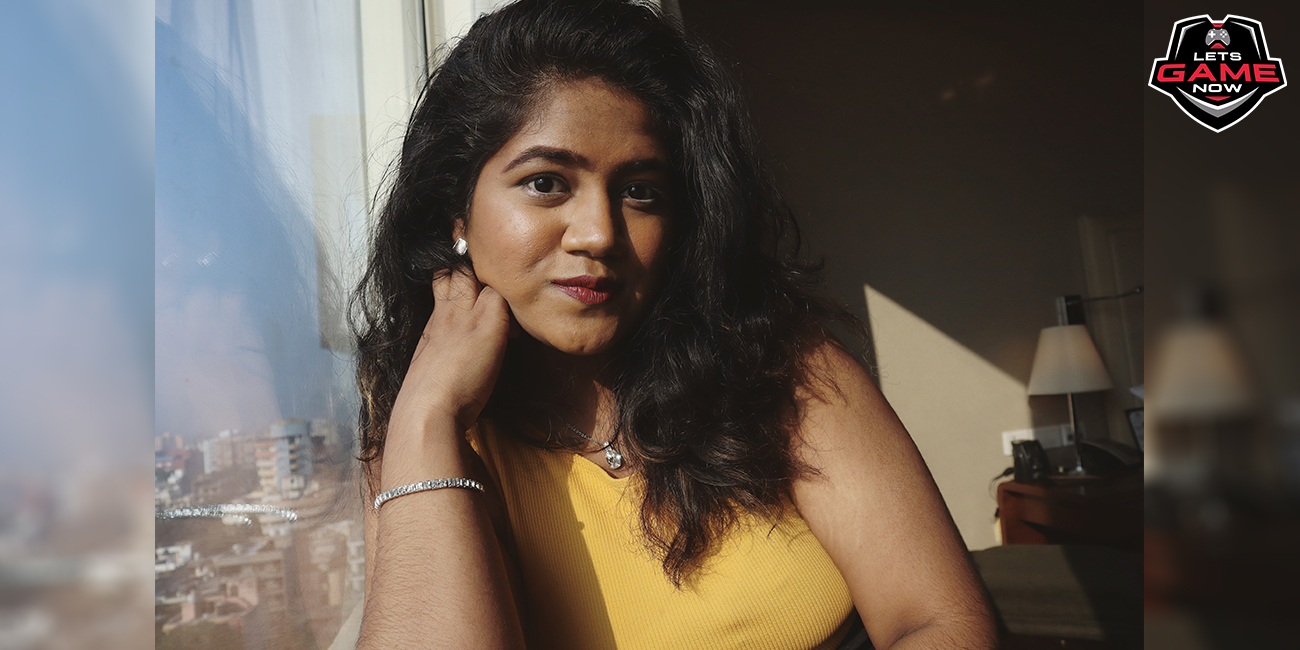 Your most natural reactions are what your viewers enjoy the most. Just have fun, that's what it's all about : Streamer Manasvi Dalvi

Q.1. When did you first start gaming?

ANS. 1.  I first started gaming when I was in first grade. My dad got a console which used to come with those 99999 games on which I'd play duck hunt, Super mario, etc all day. I think that's when I fell in love with gaming.

Q.2  What are the key necessities for a person to start a streaming channel?

ANS.2. I think even before you start your channel there are few things that are absolutely necessary for budding creators which are strong will, thick skin (metaphorically ofcourse) and patience. Also get ready to lose your social life (if you have any, unlike me lol) I've seen a lot of young kids who start their channel and within a period of 6 months they give up stating there's no growth. I remember it took me 4-6 months to get to first 1000 subscribers but I enjoyed it nevertheless.

Q.3. Tell us about the ups and downs of your gaming career, and how you coped with them.

ANS.3. Well its been 2 years since I've started this journey and I've had a lot of experiences and I'll have to say the downs are usually things that are self created ones. There's been times I've lost all hope in myself and my abilities. For a long time I let the numbers affect me majorly. It was downward spiral starting there. It grew my anxiety and insecurities. Basically made me doubt my self worth. Which also majorly impacted my overall performance. I became very inconsistent with my uploads and streams. And this was all a result of burnout. I think YouTube NextUp camp from 2019 was the reason I came back on track. Talking to fellow creators, being mentored by bigger creators who've been through this all really did help me find the insight I needed. Negative comments and criticism is very secondary. Which is why I mentioned previously you need a thick skin to get into this line. There'll be a lot people who will provoke you, just know when to respond and when to put a stop.

Q.4. What are your favourite games?

ANS.4. I love story rich games. My all time favorite has to be The Witcher 3 I've literally played all DLCs all main quests, side quests, collected majority artifacts in it. Also lately have been lowkey addicted to Valorant and Sims4

Q.5.There are not many female pro gamers in India, while there are many abroad. Why do you think that's the case?

ANS.5.  Many girls in India still don't have the freedom and support for higher education. So, their parents supporting them to enter a male-dominated industry is a far cry. I recently read an articles about an Indian state banning 'online gaming' which turned out to be actually gambling and betting. The mass majority of population is unaware of the whole gaming industry. So naturally parents are skeptical before letting their wards get into gaming, let alone their daughters on whom the restrictions are generally much higher. I know a lot of my friends who are now renowned professional gamers now used to sneak out from their homes to go to lan events. I think that would be much more difficult for young girls. Also talking about woman who do play games generally avoid the 'gaming scene' because of the way they are treated. I've seen alot of them post about their grievances on online forums being told to 'go back to the kitchen' or 'just mute'. I've been playing online games for past 8 years atleast and I myself had quit community forums, groups, Infact i stopped using microphone altogether and even playing online unless I had my irl friends in lobby. I feel the over all toxic environment and the heavy judgement females go through just because of their gender contributes  to this whole problem where women just don't see professional gaming as a career option. I mean we're not saying we should be given special treatment or anything. Why not just consider them as your fellow gamers and have a good time?

ANS.6. I do play a lot of mobile games on my streams. And talking about Esports, it basically means a multiplayer games which can be played on a competitive level by professionals right? Why would one not consider mobile games as esports if they fit this definition? I mean you or me considering or not considering mobile games as esports isn't going to change the fact that these games are having massive tournaments on an international level with huge prizepools and major esports orgs are entering this market. Organisations like Fnatic, TSM have entered Indian scene and only because of mobile esports. So if you're still adamant on the fact that mobile games can't be esports, we'll gl hf ;)