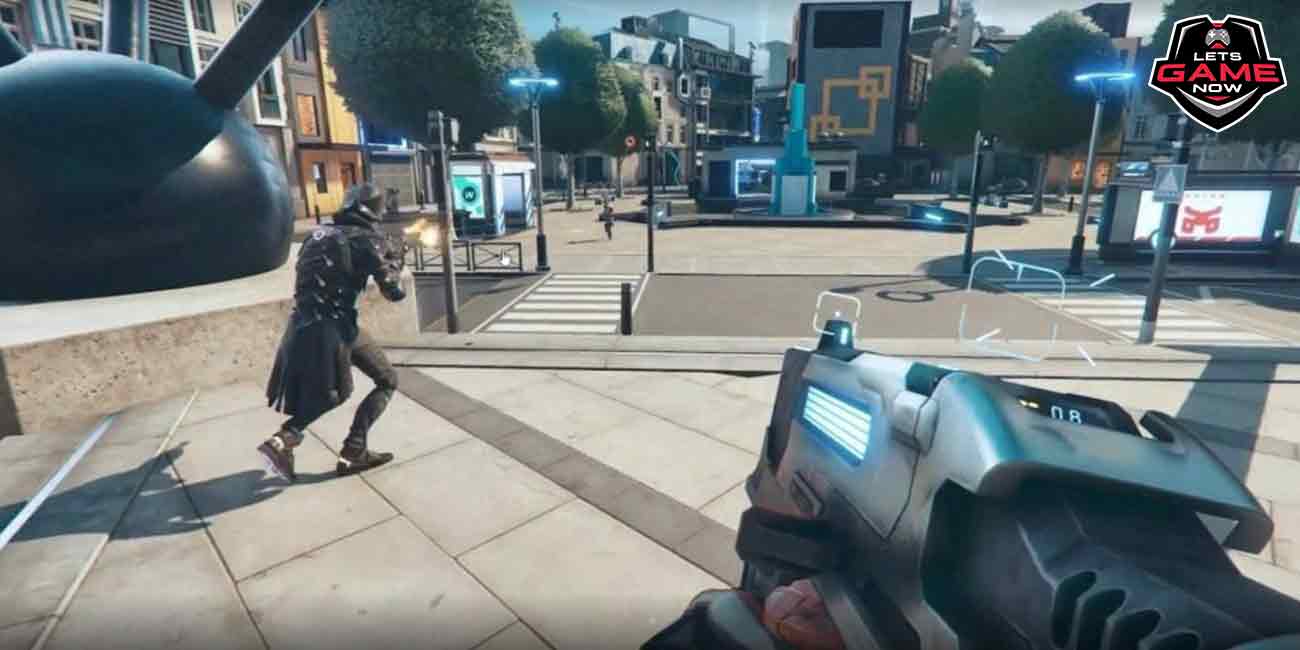 Hyper Scape has not really been doing as good as the developers, and even us players expected it to. The number of players playing the game is quite low, and it has been quite stagnant for some time now. However, Ubisoft is constantly adding new features, exclusive game modes, etc. to spice up the game. Now, we are going to see some even more new stuff with the upcoming Season 2 of Hyper Scape. And, it is arriving on October 6, 2020, so just a few days from now. And, it will be available on PC, Xbox One, and PlayStation 4. The trailer for Season 2 of Hyper Scape was released a few days ago, and it was impressive, to say the least. Before going into detail about it, we recommend you checking out the trailer for yourselves.

Firstly, we get to see the new weapon coming to Hyper Scape, called the Atrax. It looks like it will be a sticky substance launcher, and will be used for immobilizing the enemies. You would also get a new Hack, which are abilities in Hyper Scape, and it will be called Platform. Just as the name suggests, it works by creating platform mid-air, allowing you to make your own routes, or strategically make a disadvantage for your enemies. And, there would be a new Landmark, called Memorial too. And, that is not all, we would even get new game modes. Among the new games modes, one would be called Floor is Lava. And, just as the name suggests, it literally is a game mode where the floor is made of lava, and touching it will result in you taking damage, or maybe even die instantly. Not much information regarding it. Other than that, we would even get a Crown Rush Duo mode. And, needless to say, just like most battle royale games out there, with a new season we would indeed get a new battle pass too. Battle pass rewards would be pretty similar to other seasons, so we can expect things such as exclusive cosmetics, etc. As said before, Hyper Scape has not really been doing well. So, it would be really interesting to see how the players react to this new season. Maybe there would be a lot of returning players, or the addition of lots of new players. Who knows? Well, we hope that the game gets players, as we truly believe it is quite a good game.