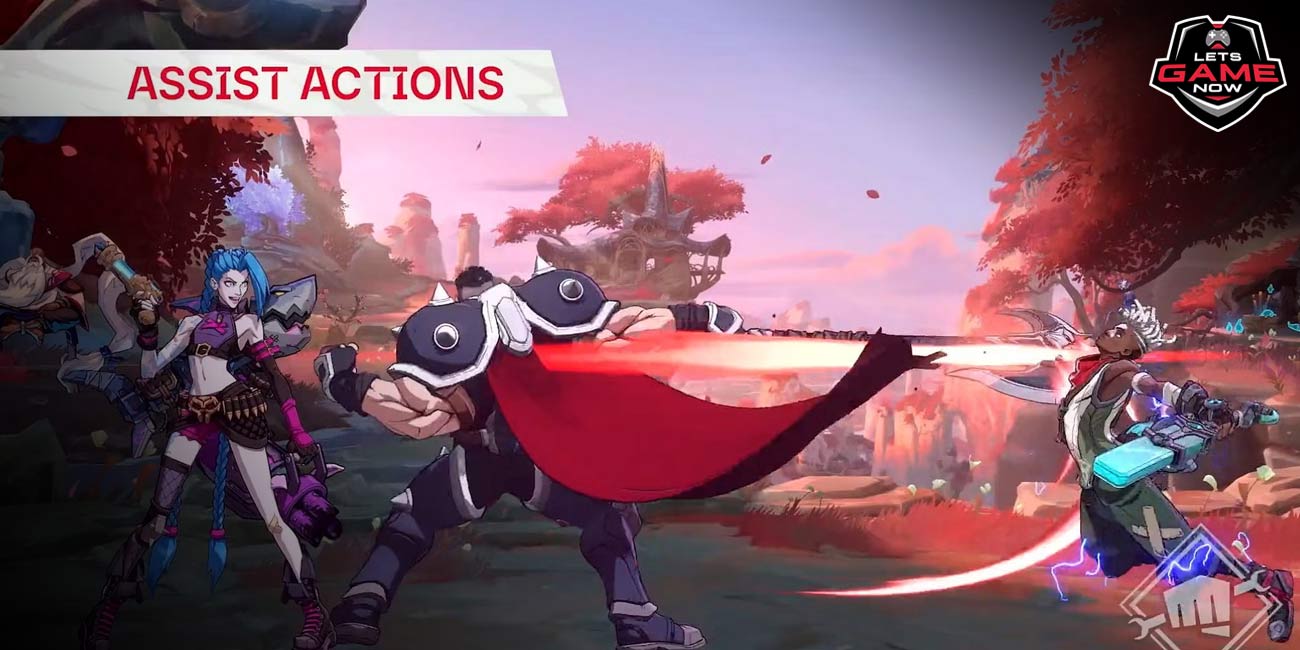 What Are Assist Actions in Project L And Know How They Actually Work?

When Project L turned into a 2v2 fighting game, it resulted in a whole new world of chances when it comes to the matter of how combat will work. League of Legends is a team-based strategy title. In the latest dev diary, the developers revealed a little about what players can expect.

With the progress of the development, whatever is written in this article regarding the game might change in the future. Project L is still under process, so everything from what characters can do to the names of in-game mechanics might change.

And, it is really exciting to see how this title has developed since the day it was declared.

What began its life as a one-on-one fighter became something greater – a 2v2 fighter. The video that has been shared provides a good amount of insight into what we expect.

It appears to be in the same vein as many of the classic anime fighters. You have various tag mechanics – Assist Actions, Handshake Tag, and Dynamic Save. We are going to concentrate on the Assist Actions, which exactly does what we expect them to do.

When you tap on the Assist Action button, your secondary character will pop up on the screen to aid your point character. Then, they will perform a particular maneuver, namely Darius coming in swinging with his axe. What a maneuver it is! It is a wide arc strike, and if you are not blocking, you will probably get hit. However, it is more than just pressing a button and that’s all.

In Project L, you can charge your Assist Action, thus changing what is going to happen. For example, the charged assist for Darius was a charge forward and shoulder tackle. Each character will consist of two Assist Actions, but the developers have not stated how it is going to work.

It could work one of two ways. Since Project L is a 2v2 fighter, you might have both of your trigger buttons (L2/R2) be Assist Actions. In this way, you could be flexible in the way in which you call in your partner. It could also be more like Marvel vs. Capcom 2, giving you the option to pick your assist for each fight.

It will most likely be the former, and you will have both options in battle. That would make things much more interesting and allow for some potentially incredible juggles.

The current video revealed various uses for your assistance. You can use it to stop someone from being aggressive, or, if you have got the practice time in, you can use your assist action to extend your combos, making long, painful chains of attacks go on.

Not many champions are to be seen in this current video, but we can guess a few of the potential assist attacks. While much of Project L is still a mystery, it is nice to see the developers open up and discuss about more of the in-game mechanics to keep the fans excited.