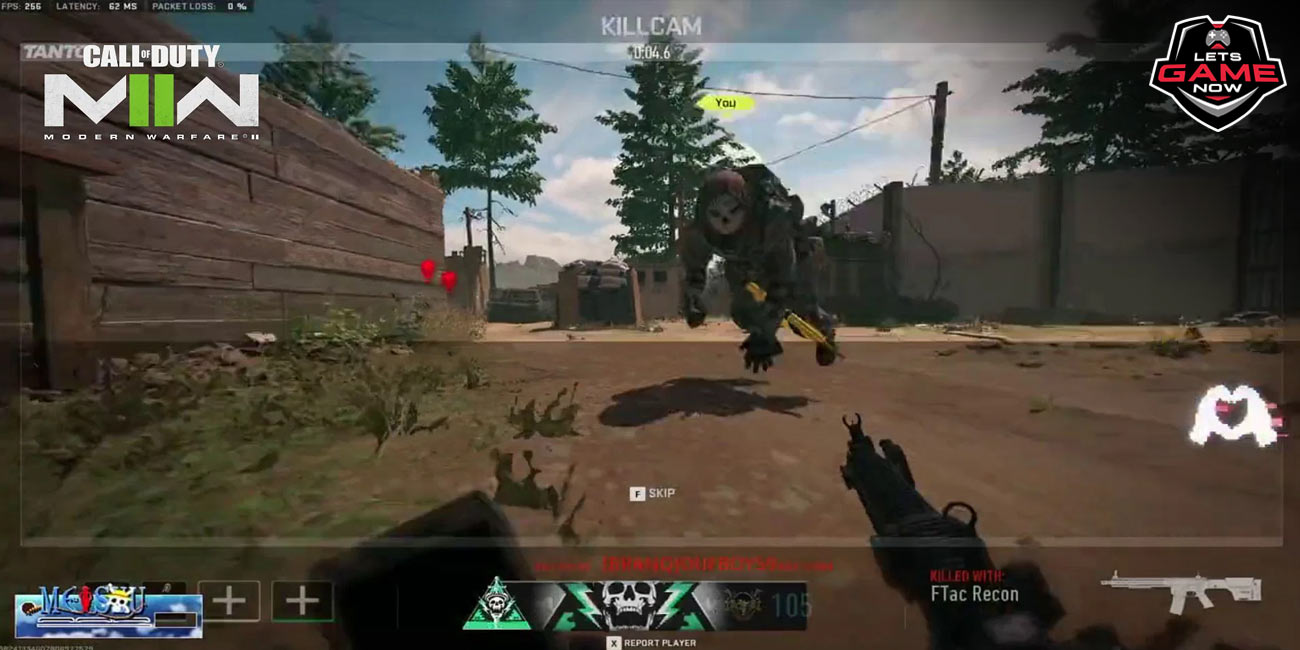 Know What G-Walk in Modern Warfare 2 Is and How to Do It?

Call of Duty: Modern Warfare 2 is an all-time franchise hit as players are having a blast grinding the game for a long time in order to upgrade their weapons as well as account level, and also to find new ways to win every match.

The previous month was full of new discoveries of bugs and glitches in the multiplayer mode, it helps the players get both the aforementioned targets they have while playing.

With the release of Warzone 2 and the coming of the Season 1 Battle Pass, Modern Warfare 2 went through a hotflix that has added strange glitches to the multiplayer too.

A recent glitch caused players to disbelieve as it introduces them to an insane movement style that helps them hugely in every multiplayer match.

Coined G-Walk makes the player move like a gorilla, but rapidly. Though some address it as Snake Walk because it allows for a movement like a wave. Here is what the glitch means in Modern Warfare 2 and how you can do it.

The G-Walk is a prone-to-sprint movement method that was brought to the players’ attention by EuphoriaDream on Twitter. It needs players to hit the prone and sprint button in quick succession so that it looks like a gorilla or a snake’s walk.

There are a few players who dislike the movement as they have been the victim of players spamming the G-Walk in a match, leaving them helpless. In the meantime, others seem to enjoy it as it is getting a bit more popular with time. It is also expected to be a part of the new meta in Modern Warfare 2.

The movement mechanic has gone viral and that too so much so that players are doing it in groups and rushing their opponents to arouse fear in them it results in panic and thus they miss their slots. This is advantageous as they can melee their opponents with a knife or perform a finishing move without letting them see it.

In order to do the G-Walk, follow the below-mentioned steps:

Step 1: At first, change your sprint settings. Progress towards the Automatic Sprint setting drop-down and choose Automatic Tactical Sprint. This will let you run without spamming the Sprint key over and over again.

Step 2: Head over to your keybinds and assign the Scroll Key as your secondary keybind for Prone. This will let you get in and out of the position way faster than pressing the primary key.

Cancel it by sprinting.

Repeat as fast as you can.

By doing this, you will be able to do the G-Walk and rule the multiplayer lobby in Modern Warfare 2. Watch out for any Run-and-Gun enthusiasts with a fast-and-tuned Kastov as they can eliminate you at any time.

As players are exploiting this movement mechanic to win matches and create content for their gaming socials, a few other glitches in Warzone 2 are letting them level up their weapons faster. However, it is recommended not to try out these exploits as it may cause an account ban by Ricochet’s strict anti-cheat laws.