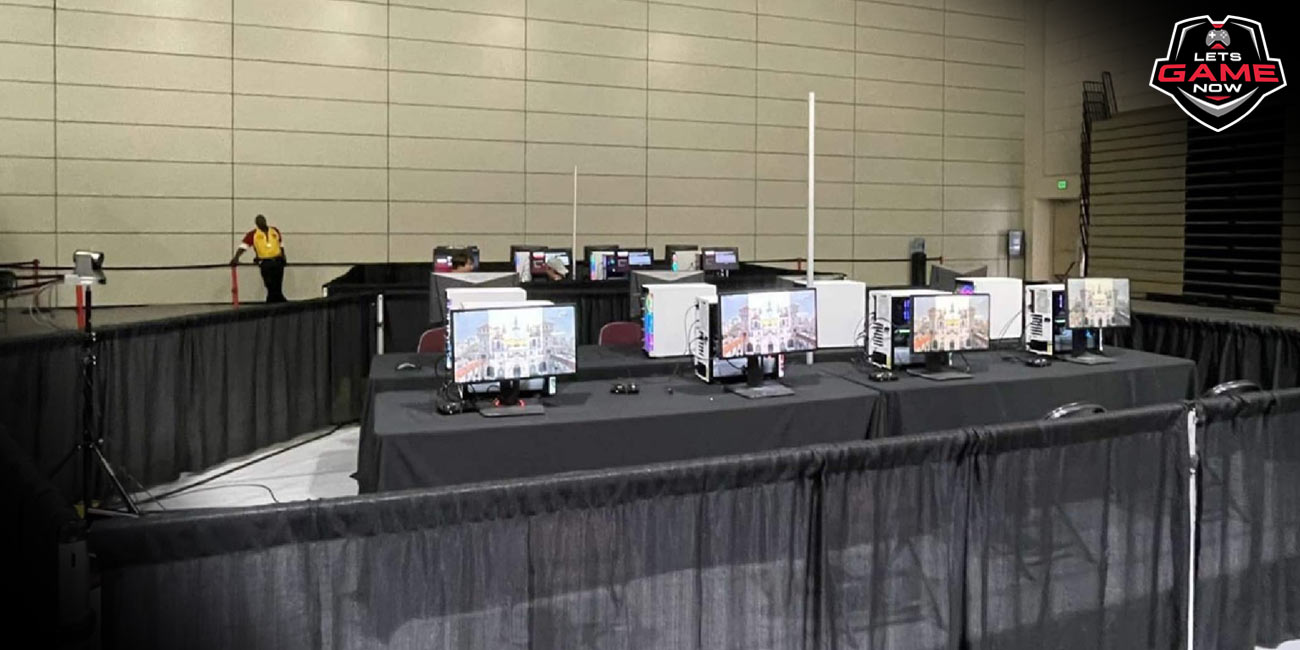 The Call of Duty Challengers Finals 2022 event worth $250K that will finally feature eight teams from across the globe, has drawn criticism for its poor setup of below-average hardware and poor production value.

The finest teams from North America, Europe, and the Asia Pacific continent have indeed been boarded out to Los Angeles for the COD event after competing against each other online for more than a year.

The final competition of the year has welcomed the arrival of eight teams in the town. It is indeed the biggest LAN competition of the Vanguard cycle, offering a $250K prize. Despite the prize pool offered, the whole gaming set-up did not leave a great impression on the players and fans, with people criticizing it.

The Rotation offered a sneak peek at the LAN setup while tweeting, “This is the entire Challengers setup in LA for Champs.” Just within a few squares of meters, the gaming PCs are placed right one after another, giving bare minimum space for players to fully function the right way.

There is nothing about the hall to indicate the tournament, no giant screen for spectators to watch and no stage built for elevating the participants. The average public would not be aware that a COD event is taking place, much less that it is the highest stakes competition of the year with six-figure prize money up for grabs.

Far beyond basic appearance, users also complained that the gaming hardware was indeed substandard. High-end gear is frequently used by competitors at the highest level in order to optimize their performance. Sadly, participants are playing on below 240hz displays which is an exception to most of the highest paying prize pool events.

Agreeably, the design of this setup has drawn jeers from a wide range of social media users. “[$250K] prize pool and this is the venue they’re getting? That’s embarrassing” a supporter tweeted. Another commented, "Whoever is in charge of putting this together looks bad. Sad stuff for a franchise league."

The Call of Duty League members have not yet addressed the criticism, as there is hardly any time left to bring modifications to the set-up as the event is most possibly going to roll out very soon.