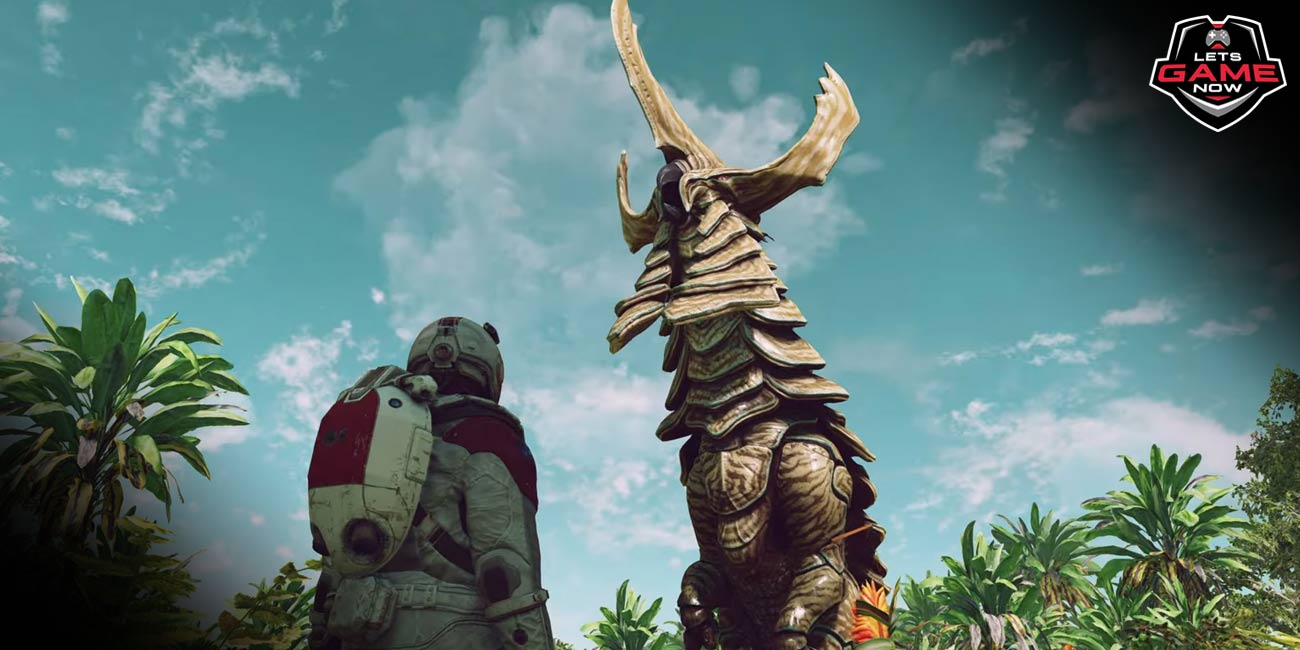 STARFIELD LOOKS LIKE FALLOUT IN SPACE RESEMBLING NO MAN'S SKY

Bethesda Game Studios and Bethesda Softworks have announced Starfield, an upcoming action role-playing video game. During Bethesda's E3 Press Conference in 2018, the game was publicly announced. The game will be Bethesda's first new intellectual property in nearly twenty-five years, and it will be set in a space-themed environment. The game will be launched on Microsoft Windows and Xbox Series X/S in the first half of 2023.

Many impatient gamers got their wish today as the long-awaited space RPG Starfield debuted a gameplay video during the Xbox and Bethesda Showcase. It was a remarkable teaser alongside about 15 minutes of gameplay, with Todd Howard's interjections and a few cinematic montages thrown in for good measure.

The trailer opens with the player arriving on Kreet, a rocky but semi-swampy moon orbiting the planet Anselon. Vasco, the companion robot, exits the ship, and the player begins scanning alien flora and wildlife, with a monitor indicating how many more plants and animals there are to scan on that planet—something No Man's Sky fans will be familiar with.

We notice some small, scurrying creatures, followed by much larger creatures that immediately reminded me of Fallout's mirelurks—giant deformed crabby creatures. On the plus side, the enormous alien crabs don't attack, instead of scurrying away, implying that not every alien lifeform would want to slice you in half, which is nice in a Bethesda game. There's also some laser scanning and mining for iron, which is similar to No Man's Sky.

Scanning a ship reveals a radio communication from Vasco telling you of the ship's faction: in this case, pirates. There's action within a research building that looks suspiciously like a Fallout vault, to the point where I thought the player was going to enter VATS. The player enters a weapon case to extract a gun in a silly-yet-futuristic version of Bethesda's lockpicking game, and while it's not featured in the clip, there are a lot of tables, desks, cabinets, and crates in the lab, so I think Fallout's junk-gathering system will play a role. After all, there is enough craftsmanship to be done. Jetpacks (both worn by the player and by adversaries) and an enemy dropship that reminds me of the Vertibirds from Fallout come into play. There's a visit to New Atlantis to join a guild of space explorers, where it's revealed that after digging up some sort of artifact, you've had visions (aka space magic, because, let's face it, you're the space-Dragonborn and the most important person in the universe), and the guild is determined to uncover the truth behind these ancient relics scattered throughout the galaxy, and the guild is determined to discover the truth behind these ancient relics (the main quest confirmed). A peacekeeping group and a bandit gang are among the other factions introduced.

The character creator appears to be quite nice, and there are starting skills that provide bonuses such as 10% more melee damage, 10% more pistol damage, persuasion for speech challenges, and security for easier lock-hacking, which, combined with the skill trees shown, feels a little like Fallout's SPECIAL system. There are also optional New Vegas-style qualities, which come with a benefit and a disadvantage. Whereas in space, one attribute increases health and endurance, while on a planet, it decreases. You may start with a starter home, but you'll be in a lot of debt.

Crafting is, of course, a part of Starfield, as it is in practically every game nowadays. In your lab, you'll be able to employ resources to explore new tech tier levels and create weapon mods. You'll be able to create several outposts on different planets in Starfield, recruit NPCs to work there, and use your outposts to earn resources, much like you can in Fallout 4 and Fallout 76. Preston Garvey, on the other hand, is nowhere to be found in space. Rather than cobbling together suits of power armor, you can build your own freaking spaceships in Starfield, modify their aesthetics and layouts in a separate build menu, and populate them with NPC crew members, which sounds like the game's most entertaining aspect to me. You can even fly them into space, engage in ship-to-ship combat, and use them to visit planets, as we discovered. In Starfield's 100+ star system, those planets number in the thousands. Yes, that's less than No Man's Sky's 18 quintillion planets, but it's still a lot, and I can only imagine that, aside from the established cities, they're procedurally produced. Some will be lifeless, while others will be alive, but you'll be able to land your ship wherever you wish, open the hatch, and stroll about.