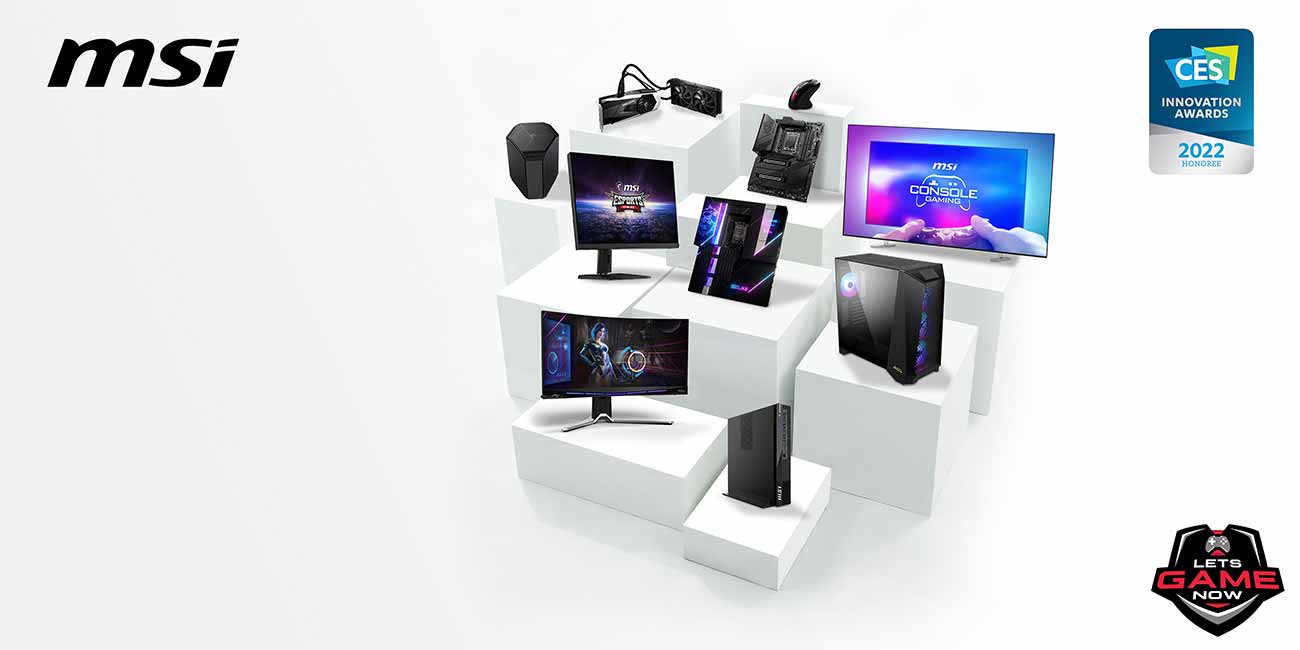 This year's CES Innovation Awards programme got over 1800 nominations, which is a new high. The news came ahead of CES 2022, the world's largest technology exhibition, which will take place in Las Vegas, Nevada, from January 5-8, as well as online.

The CES Innovation Awards programme, which is an annual competition honouring great design and engineering in 27 consumer technology product categories, is owned and produced by the Consumer Technology Association (CTA)®. The "Best of Innovation" award is given to those who receive the highest score. Submissions were judged by an exclusive panel of industry experts, including members of the media, designers, engineers, and others, on innovation, engineering and functionality, aesthetics, and design.

"Whether our consumers are gamers, working professionals, or designers, MSI strives to provide an unparalleled experience," stated Sam Chern, MSI Vice President of Marketing. "It's wonderful to have the CES team appreciate our hard work each year." The recognition demonstrates our dedication to providing best-in-class technology solutions to a worldwide market."

The MEG Z690 GODLIKE motherboard can be found in the middle of some of MSI's award-winning devices if you look closely. The form matches the previously leaked images. The heat sink in the M.2 slot and PCH area covers a considerable portion of the motherboard's surface, which can be seen in the background. On the motherboard, there are several RGB LED lights. The CPU model, frequency, voltage, and other information are shown on a 3.5-inch LCD panel adjacent to the DDR5 memory slot. The control programme should also allow for the customization of parameters. This is the first time that the motherboard has such a large display.