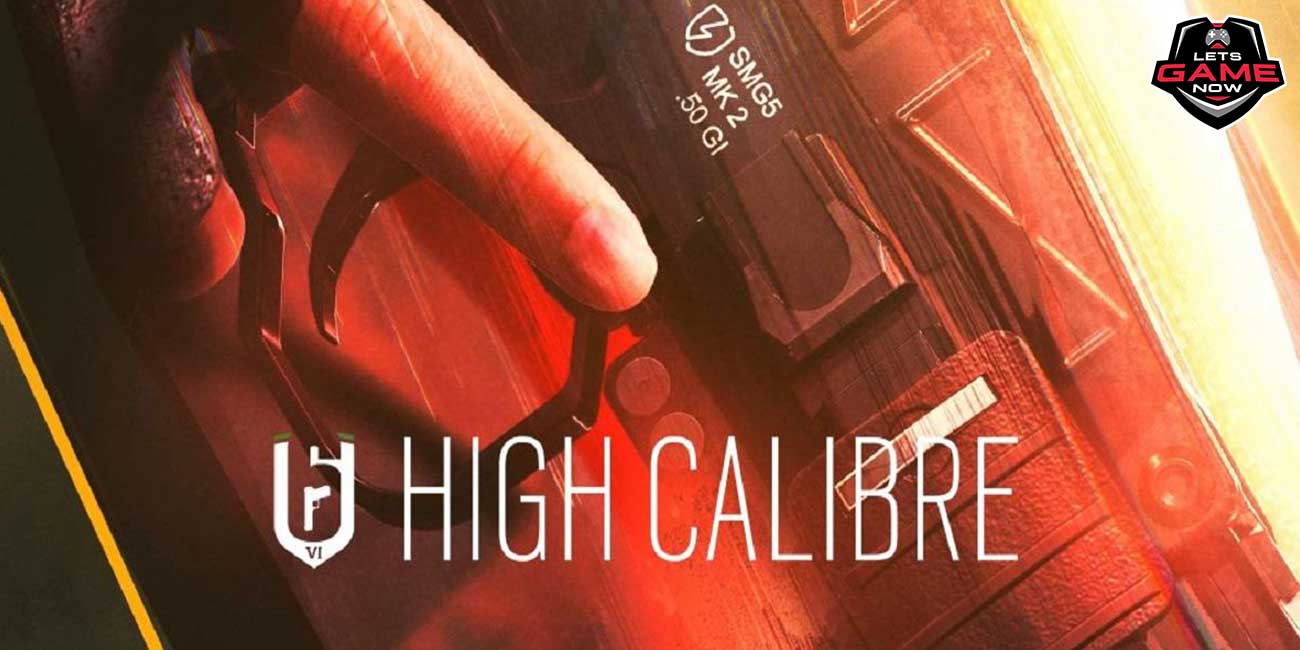 Rainbow Six Siege has been here for quite a while now, to be precise, more than five years. Anyway, back in the day, with new operators, we got to see additions of new weapons frequently. However, that changed slightly in the recent past where the new operators were often having old weapons as their loadout options. Anyway, now it seems that Rainbow Six: Siege is soon going to receive a new weapon with its next season, which is titled High Calibre.

A new teaser was dropped on Twitter by Ubisoft and it shows the picture of a gun or rather a side profile of it, and we can clearly see the name of the weapon. It reads “SMG5 MK 2 .50 GI”. The name makes it totally clear as to which weapon is it we are getting. However, one thing to not get confused about is that it is not .50 high caliber rounds. As the new season is also named High Calibre, it is easy to get confused. .50 GI rounds are similar to that of .45 ACP. Given the .45 ACP SMGs we have in Rainbow Six: Siege, we assume that the SMG5 MK 2.50 GI will also be a high RPM SMG.

Some time ago, in Reddit, the developers did confirm that a new weapon would soon be made available in the game. The devs said that they are targeting one new gun per year. And, with this new teaser, it is confirmed that SMG5 MK 2.50 GI is the new gun for this year, and there will be more new guns that get released later down the line with upcoming years. As for the details on the upcoming Operator, there is nothing in terms of official information. However, data miners say that it will be an Operator named Thorn and she will be equipped with Razorbloom Shells which can stick to various surfaces and will work as a damage-dealing proximity trap. A bit like Lesion’s gadget it seems like.

Other than that, there is not much we know about the upcoming season of Rainbow Six: Siege, High Calibre. But, as we get closer to its release, more information should definitely be revealed by Ubisoft themselves. Not to mention, every season lasts about three months or so, and it has already been around two months since the last season dropped. So, it is likely that the Y6S4 High Calibre should be dropping sometime next month. And, if that is the case, we should definitely be knowing more about it soon.