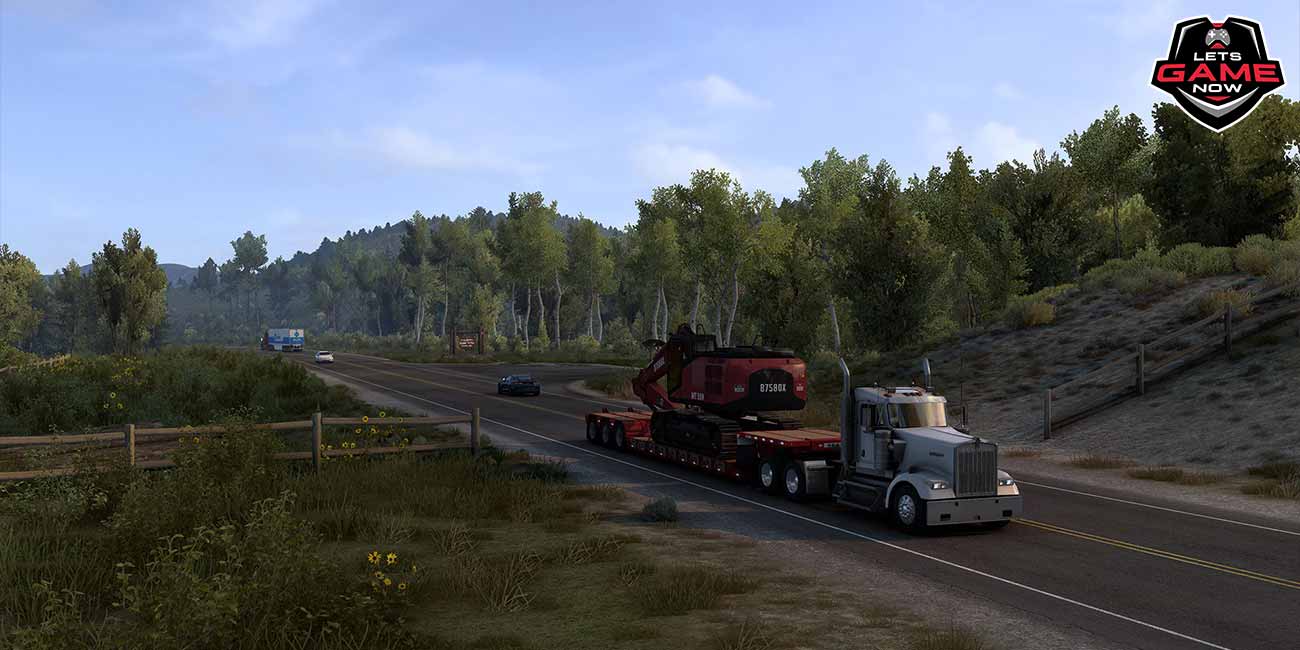 American Truck Simulator, also known as ATS, is one of the best truck simulator games around. ATS has lots of states in it, and now it seems that another new state is being added. This new state is Wyoming, and we also have gotten a look at it thanks to the new video for this new DLC. Check it out below:

This one is a gameplay video and is around 20 minutes long. This allows us to get a good view at what the new state is going to look like. We already had various states including the likes of Colorado, Idaho, Nevada, Arizona, California, Oregon, Washington, and Utah. Now, Wyoming is also here. The expansion is not here yet, however it is coming soon. The release date according to the developers is currently TBA. As in there is no fixed date for its release yet. However, having such a gameplay video already uploaded on YouTube leads us to believe that it is definitely going to be released pretty soon.

The SCS developer in the video drives the truck from Evanston to Jackson. The journey goes down the new roads in Utah and Idaho which will also be included in this new expansion. We get to see some small towns, dusty gorges, and lots of scenic roads that are winding through forests.

According to the DLC’s Steam listing, Wyoming maybe one of the least populated states, however, it is full of scening beauty and something that the players would really enjoy, as driving trucks through this area would be a feast to the eyes of the players. There are lots of rich national parks, red-walled gorges, hot springs, historic prairie towns, pioneer history, and historical attractions. And, all of this will be in the game, though in the smaller scale replica of the state. For those who are a fan of American Truck Simulator, this definitely seems like a big update.

However, the only thing that we are not sure of is the release date. It should be coming soon, however, judging from the detailed, 20 minute long gameplay that was just uploaded recently.