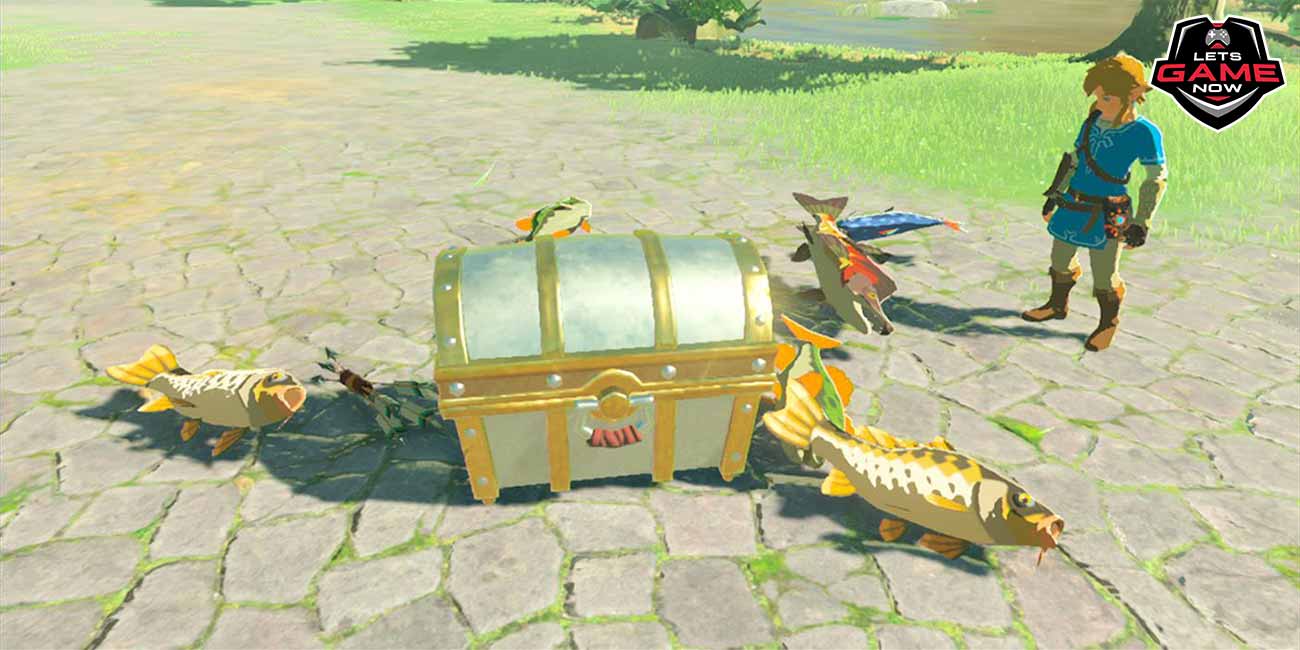 Breath of the Wild: Clever player uses series of glitches in order to reach an impossible treasure chest hidden beneath the map.

In the modern classic The Legend of Zelda: Breath of the Wild there are normal challenges such as shrines and secret items. But for the special fans who have already achieved everything there, there were still some other seemingly unreachable challenges waiting. One of them was the so-called "impossible" chest. Now a player could open this chest four years after the release.

Opening this "impossible" chest or even finding it in the game world of Breath of the Wild is a masterpiece of glitch hunting. The chest in question is located at Aris Beach, or rather 80 meters below the beach because the developers placed it incorrectly. It is also only spawned as soon as the player approaches it within 60 meters. Then she immediately sinks into the bottomless abyss and despawns again in 18 seconds. So far, some players have already been able to find a way to clip themselves under the map and create a platform with the cryomodule of the Shiekah stone. Reaching and opening it in time, however, still seemed impossible.
The Youtuber and Twitter user Kleric was able to reach the "impossible" chest in time after a long preparation time and finally opened it with the help of a trick. The video below shows the entire process. For those who find this all going too fast, a brief description follows.

Let's goooooo!!!!
This is the impossible chest, found 80 meters below the ground at Aris Beach, and will despawn after 7 seconds of sinking after loading in.

It has never been opened prior to this moment! 😮#BreathoftheWild pic.twitter.com/zKnNPflENO

How did the player open the last "impossible" chest in Breath of the Wild?
Cleric approached the chest from below. It took him five minutes to fall through an area of water long enough. Then he was able to "swim" through the game world at high speed without being able to see the link with the game camera. Just before his stamina waned, he fell out of the water and onto a quickly and perfectly placed cryo-stone. With the magnet module he grabbed the chest before it could fall down and despawn in order to position it. In the next step he deliberately drowned Link, so he was finally able to see the character again, saved himself on another macroblock, and allowed the chest with the stasis module to freeze. Then he dropped a bomb in the approximate direction and used arrows to maneuver it into a better position
Now it was turned off: To reset the stasis cooldown, he looked at a memory (from the past) and was able to catch the chest again. With Revalis Sturm, he created a wind current and catapulted himself upstairs to cover the stasis chest with 30 arrows and get it down to the bomb. Meanwhile, Cleric had to constantly give Link something to eat so that his stamina was not exhausted and he could stay longer in the jump slow motion while archery. When the chest was close enough to the bomb, he ignited it, which threw the chest towards him and he was finally able to get it with the magnet module and finally open it.

As a reward for his efforts, however, Kleric could only get a disdainful amber from the chest. For this, he is sure of the recognition of the Breath-of-the-Wild-Community.