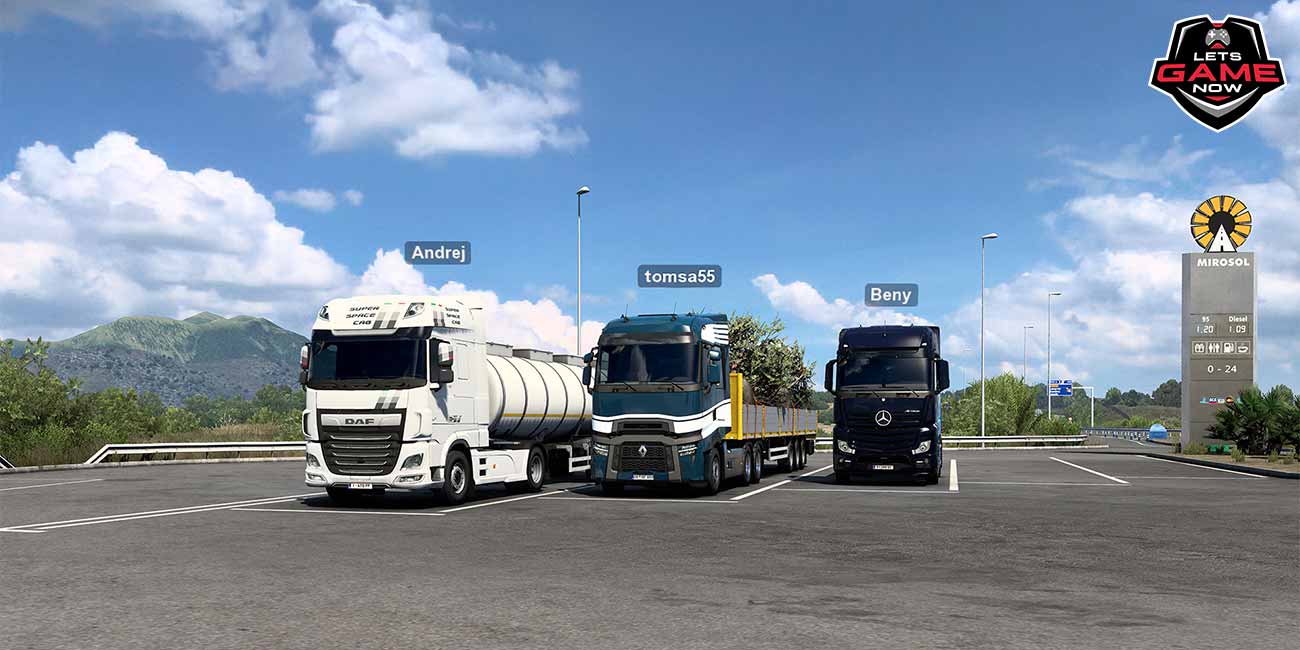 SCS Software has made the previously announced convoy mode available as update 1.41 as part of the open beta. It is a new multiplayer mode for Euro Truck Simulator 2. The developer studio SCS Software has announced that the Open Beta 1.41 for the Euro Truck Simulator 2 is now available. It brings the previously announced convoy mode, with which players can host their own multiplayer sessions - optionally with a password so that only friendly players can be allowed. Currently, this mode supports synchronized AI traffic, time, and weather, as well as the ability to do the same job as other players. Up to eight gamers can play together in convoy mode. The development team has kept the option to allow more players after the beta.

Anyone who hosts the convoy mode automatically becomes an admin and can, for example, set the environmental conditions or throw out troublemakers. Communication between the players takes place via CB radio (X button) or via text chat (Y button). The new multiplayer mode is of course not final in view of the beta status. Feedback is therefore expressly desired from the developers.

Euro Truck Simulator 2: New routes in Portugal
Players participating in the Open Beta should note that Convoy mode does not currently support mods. There are also various restrictions and teething problems. For example, followers of different players can appear in the same place, or AI vehicles disappear when an opponent leaves the round. To be on the safe side, players should be given the opportunity to reset their score before entering a session.

The developers also announced that they have published new road networks for the Iberia expansion. This is the Autostrada A24, which runs north to south through the Douro river valley and connects the A7 with the A25. The development team describes the region in Portugal as picturesque. It is famous for its many vineyards. All other changes, including a new feature to photo mode, can be found in the official announcement from SCS Software on Steam.