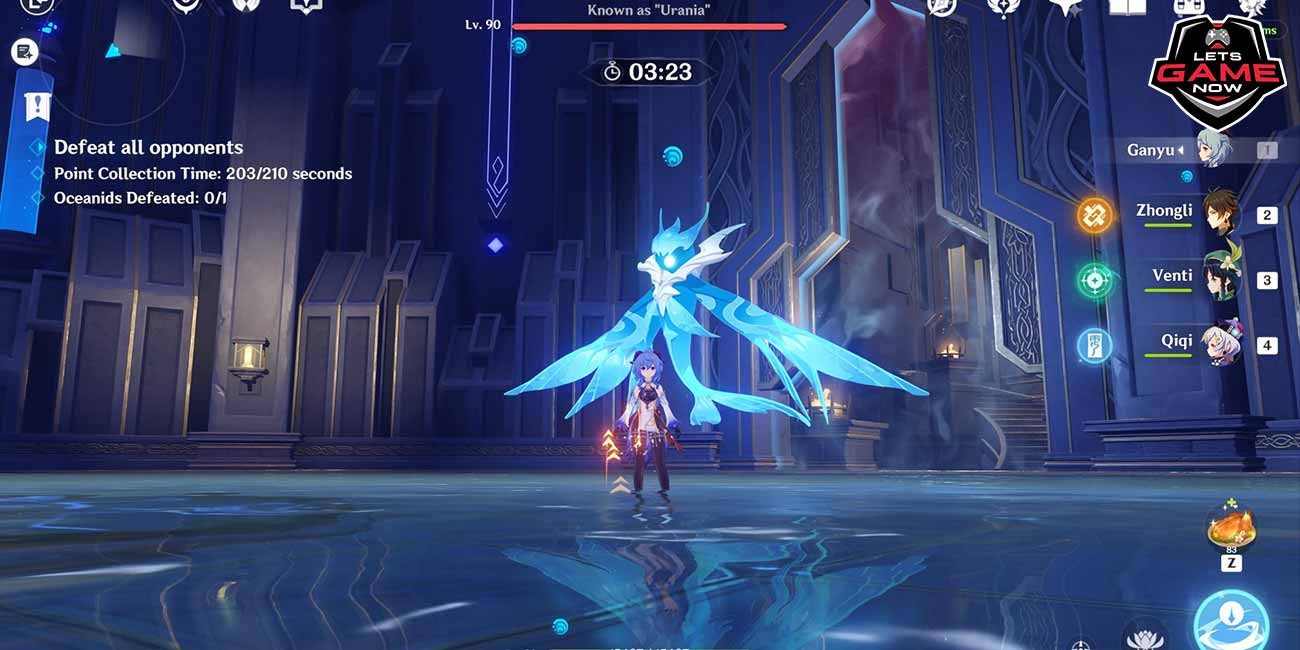 It's the second day of Genshin Impact's Legend of the Vagabond Sword event. And this time, you're fighting an Oceanid known as Urania. So, let's check out our guide to help you with the Oceanid Urania boss fight, as well as its modifiers and flairs.

The characters with a +20% damage bonus this time around are Eula, Klee, Rosaria, and Hu Tao. Next, let's take a look at the modifiers and flairs for the Oceanid Urania boss fight:

shockwave when they hit

equivalent of 25% of their max

HP as damage. This effect is

triggered every 8 seconds. The

character who triggers this will

lose a portion of their current

the character's ATK is decreased

The above effect + Wave Spray

The above effects + Wild Torrent

If the Oceanid or its Hydro Mimics manage to hit you, then that could turn out to be a killing blow. As for the Oceanid-specific modifiers, these will simply increase the number of spells or objects that can be used to damage you.

The number of Fitful Rapids that

can be used to avoid damage is

Hydro Mimics created by the Oceanid

Urania starts the fights by floating around, then she'll blitz straight toward you. Meanwhile, her Hydro Bubble spell can be nullified if you're using a character who spawns a construct. For the Hydro Mimic mobs, she'll summon two ferrets and two raptors, so try to use Cryo skills/bursts or petrification abilities to freeze them in place. Oceanid can neither do the Water Cannon or Giant Bubble. It's imperative that you move to the spot with the Fitful Rapids.

This is what you can expect from this boss fight. Genshin Impact is available via its official website.