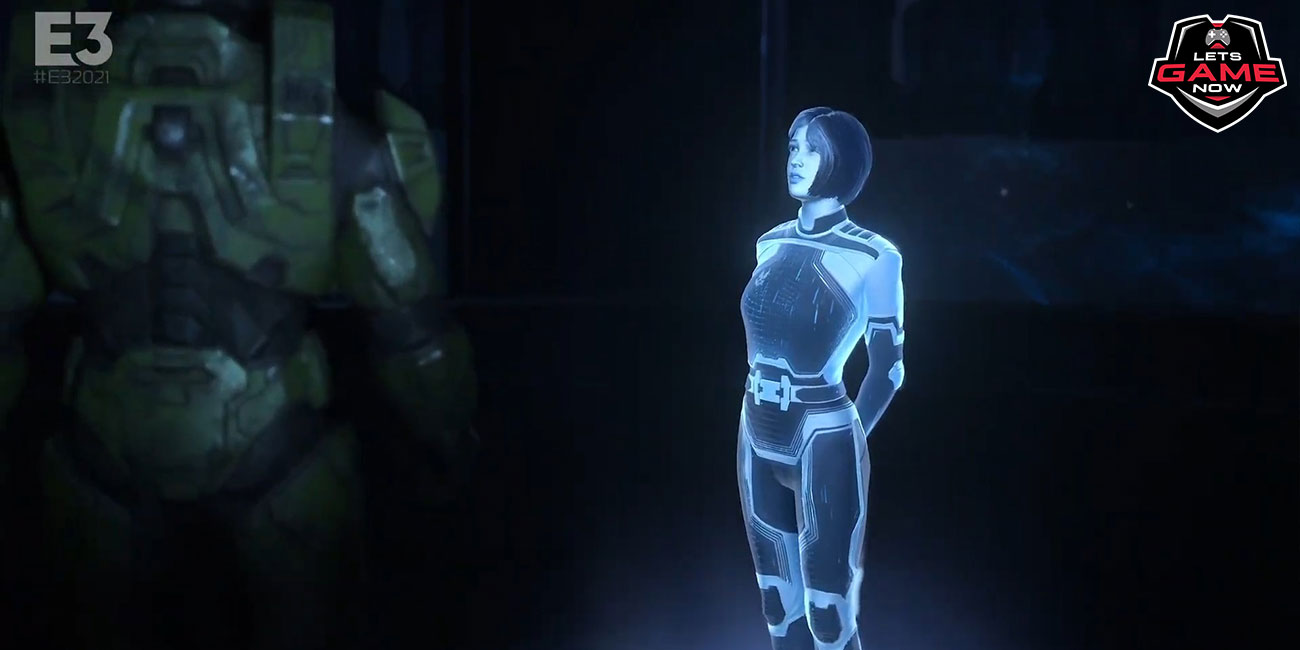 The latest Halo Infinite trailer during E3 2021 revealed a new Cortana replacement companion for Master Chief. Following the events of Halo 5: Guardians, the fate of Cortana is unknown, but what is clear is that she will not be accompanying John-117 on his next mission.

The new AI certainly looks like Cortana, save for actually being dressed this time. And, she's being voiced by Jen Taylor, who has given Cortana her snarky voice and attitude for about 20 years now. As we know, Halo Infinite takes place after the events of Halo 5. A couple years have passed, and the Master Chief finds himself on a new installation: Zeta Halo. What isn't known is how he got from the end of the last Halo to here, and what became of the first Cortana.

Halo 5: Guardians saw Cortana twin rogue due to rampancy, and betray Master Chief. At the game's end, Cortana and her team of A.I. began consolidating power, and forced the UNSC Infinite into an emergency slipspace jump to flee her and regroup. Needless to say, Master Chief would have to figure out his next step without his trusted A.I. companion, so 343 industries have introduced a new character to give the game the original Halo feeling. Though the addition of a new A.I. to replace Cortana was not expected.

The latest Halo Infinite trailer, shows Master Chief floating through the wreckage of destroyed ship. During his search, Cortana's voice from previous games can be heard. The chief asked for Cortana's location, upon which a new A.I. tells John-117 that she's been deleted- supposedly by him. Chief says he did no such thing, which confuses the A.I., who also reveals that she herself was supposed to have been deleted already. Then the two set out to figure out what happened. And the trailer ends when A.I. decides to accompany chief.

Definitely from a gameplay perspective, A.I. feels necessary to keep players informed about what is going on, where to go, etc. Microsoft's joint presentation with Bethesda was home to many big reveals, such as the reveal of The Outer Worlds 2. However, the presence of a new A.I. playing the Cortana role in the Halo Infinite story raises some questions, namely will she live and stay a permanent fixture? And, if yes, what would that mean for Cortana? Soon after Halo Infinite releases this holiday season, we can hope to get all these questions answered. It is set to launch for PC and Xbox Game Pass later this year.