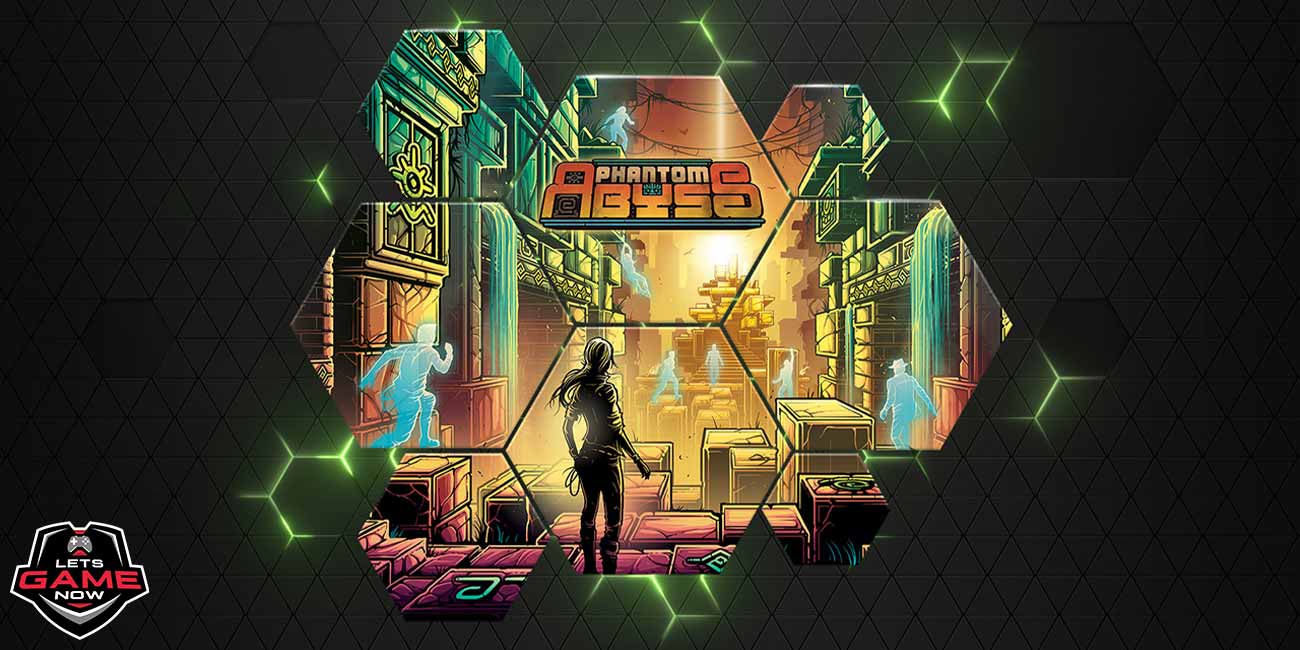 Phantom Abyss Will Be Arriving In Just 9 Days!!

This action-adventure game will have players racing through treacherous temples to nick artifacts, and trying to escape alive. If you die, you can never go there again, and only one player in the world can ever beat each temple. In addition to the announcement, some new Phantom Abyss gameplay footage also debuted which showcases the first-person run and jump action. Dodging spikes, swinging traps, and making your way over threatening pits is the game's focus, all while the spectral bodies of other players appear alongside you, attempting the same challenges you're currently facing. At one point, the player apparently has to dodge purple balls that are falling out of some kind of dispenser reminding us of some sort of evil gumball machine. Only, instead of paying a quarter, you need to try and not get crushed to death. So, the Developers Team Wiby call Phantom Abyss an "asynchronous multiplayer game", as on your journeys through these temples you technically won't be alone.

We can expect the game to stay in the Early Access phase for at least an entire year. New features and content will also be added. The full release of the game will, of course, contain much more content, as more whips, rooms, traps, and zones will be added throughout the course of development. Also, the EA version of the game will come with the core loop intact, as well as three entire zones for players to struggle and die in.

The temples in Phantom Abyss will be full of traps, so being able to watch ghosts meet a grisly end could save your life. You can have up to 20 ghosts in your game at any time, and some of them will be your Steam pals. It looks like it has nice movement as well. The ghosts (and player) kinda glide around as they hop from platform to platform, plus they have a whip that seems to work like a grappling hook-an excellent addition to any game.

Phantom Abyss releases in early access on Steam on June 22nd. The devs plan on keeping it there for "atleast a year as the team builds out new features and content based on the community's feedback."