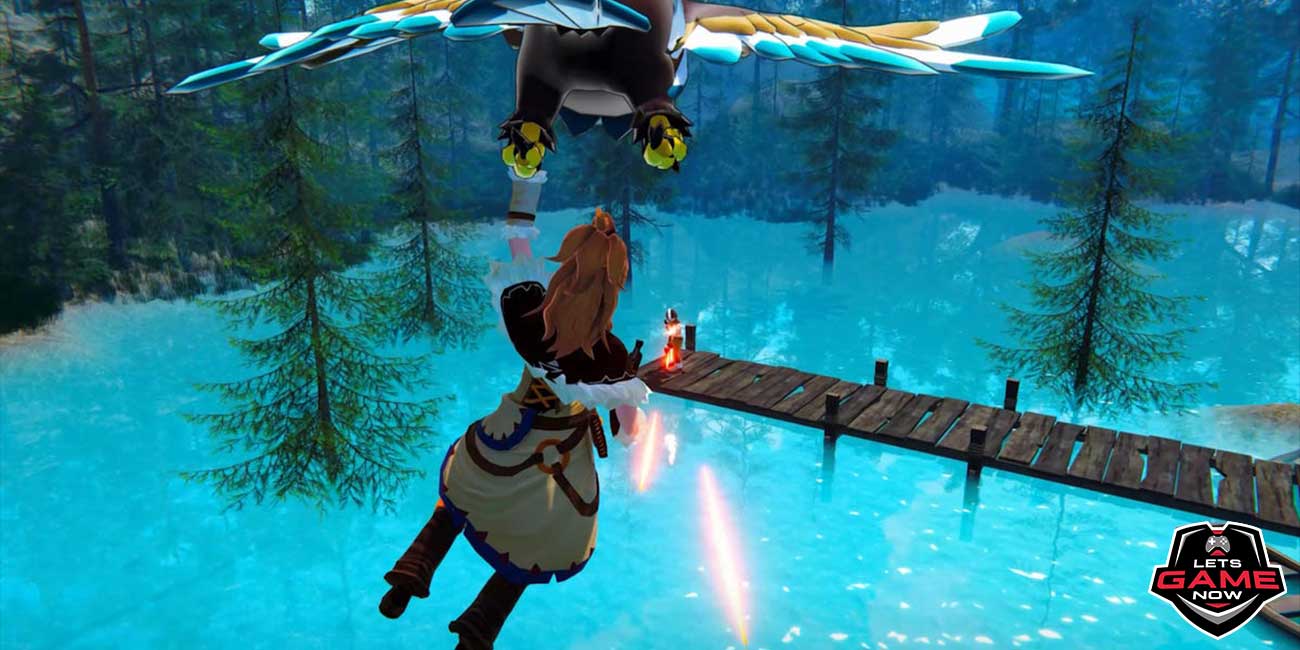 Let's See What The Trailer Of Palworld Have In Store For Us!

This weekend, a trailer for open-world Pokémon-a-like RPG Palworld asked and answered various questions which you all might have thought to ask. We have seen our fair share of Pokémon clones over the past few years, and at India Live Expo 2020 there was a new creature collecting game announced.

Palworld has the collecting aspects of Pokémon and you can even fight and breed "Pal". Beyond this, it is a bit wild. The game starts in a gorgeous open world in kind with a Genshin impact or Breath of the Wild, populated by free roaming not-Pokémon (Pals). The pastoral scenes of construction and farming shows that you can even build up a home for yourself in this idyllic land. And then the guns come out. Then we see shootouts against armoured soldiers as giant lighting bears charge in for a swipe. We see our player character use one of these Pals as a piece of cover, Gears of War-style. We also see a mouse jump on our character's head, pull out its own gun, and start gunning down bandits alongside you.

It is really weird to see our hero picking up an adorable sheep, using its woolly belly soak up bullets before tossing it aside and the sheep is crying the entire time. The cruelty doesn't end here, a clip shows Pals working in a sweatshop making fire arms, followed by adorable monkeys working menial labour in a quarry. It is like playing with some extremely charged imagery, and the accompanying Steam descriptions do not exactly help.

"It is essential for automation to let Pals do the manual work. Build a factory and place Pals in it. They will work forever as long as they are fed until the end of their lifetime."

Developer Pocketpair does not have a fantastic track record in delivering for all Pal world's lofty ambitions (Crafting! Breeding! Poaching! Online Multiplayer!). The game itself is being developed by the studio behind Craftopia (Pocket Pair) and is scheduled to be released in 2022. Its first game has supposedly been left unfinished, while last year's Craftopia bears all the red flags you would expect from Palworld's trailer- a gorgeous, janky open world struggling under the weight of its own scope. Right now, the game is only been confirmed for Steam. Palworld is set to release in 2022. And in between if we get any update regarding its Nintendo release, we'll surely let you know.