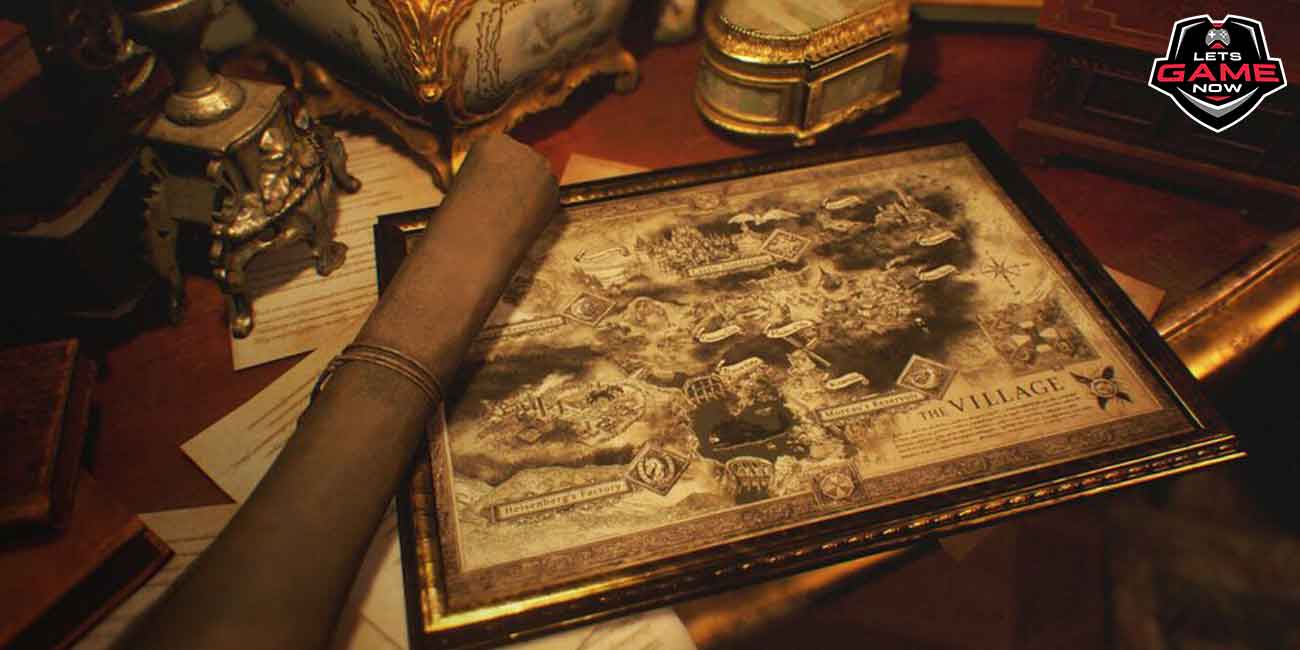 Resident Evil 8 Village details its map and locations In addition to Lady Dimitrescu's mansion there are many other hidden places in and around the town.

The Resident Evil 8 Village map was uncovered last February through the collector's edition of the title, which will include it physically woven into cloth. However, IGN exclusively publishes more details about the mapping and some of its key locations. Beyond what has been seen so far, players will be able to visit other locations, as it has already been commented that this installment will be much larger than the previous one.

<blockquote class="twitter-tweet"><p lang="en" dir="ltr">Brace yourselves for the next Resident Evil Showcase which goes live on April 15th at 3 PM PDT / 11 PM BST! Once again hosted by Brittney Brombacher (<a href="https://twitter.com/BlondeNerd?ref_src=twsrc%5Etfw">@BlondeNerd</a>), watch the teaser below for more info, and join the Resident Evil Re:Verse Open Beta Test while you wait! <a href="https://t.co/ZFNhSfztRM">pic.twitter.com/ZFNhSfztRM</a></p>&mdash; Resident Evil (@RE_Games) <a href="https://twitter.com/RE_Games/status/1380053241451384834?ref_src=twsrc%5Etfw">April 8, 2021</a></blockquote> <script async src="https://platform.twitter.com/widgets.js" charset="utf-8"></script>
Four locations are highlighted with different emblems and signs. One of them is Castillo Dimitrescu, which we have already been able to visit thanks to the trailers and the Maiden demo, exclusive to PS5. Among the locations are the factory, windmills, and a reservoir in which a gigantic monster can be seen. IGN points out that this area seems similar to the one in the confrontation against the huge creature Del Lago in Resident Evil 4.
The influences of Resident Evil 4
The influence of the fourth installment of the saga is notorious, in the sense that it takes place in a town. In addition, as in Resident Evil 4, new game mechanics and enemies are introduced in each of the areas. In an interview with IGN, Morimasa Sato, director of Resident Evil Village, highlights this variety as one of the key elements of the fourth main chapter.

"When you hear the word 'town,' you might imagine picturesque houses lined up on a street, but that's not really enough to make a video game about it," Sato explains in the interview. “Especially in horror games, it's important to keep providing new experiences along the way. Within the town ”, he continues, it is crucial“ to continue surprising the player ”.

According to Sato, the characters are an essential factor in making the town memorable. We already know Lady Dimitrescu, but it remains to be seen how the rest of them fit in. Another element that stands out is the presence of snow, but it was not something that was planned from the beginning. “We traveled to Europe to investigate during spring, but due to an untimely cold snap, the entire location was covered in snow. These inspired us to introduce snowy terrain into our game. We use the snow not only as a visual presentation but also as an element of the gameplay ”.

Resident Evil Village will go on sale next May 7 on PS4, PS5, Xbox One, Xbox Series X, Xbox Series S, and PC.